How to Celebrate Dad on Father's Day

Let’s celebrate dad the right way this Father’s Day weekend with some of your favorite drinks made with GameDay All-American vodka. While you’re sitting around your living room with your father, just imagine the conversations going on in the kitchens and living rooms of these famous football father-son duos. 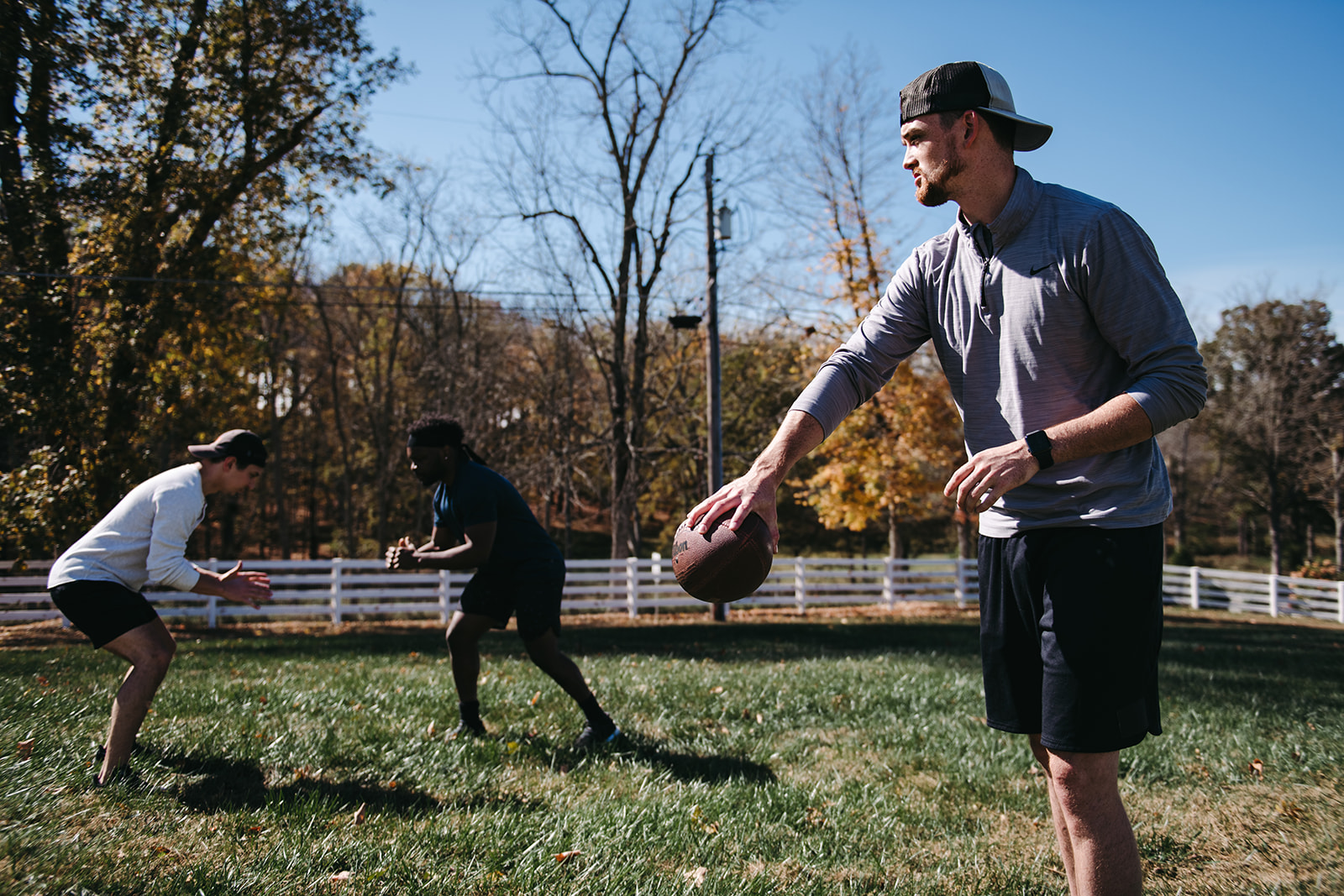 What’s better than having one son in the NFL? Having two sons follow in your footsteps in the National Football League. John Bosa didn’t have a standout career for the Miami Dolphins considering he lasted just three seasons and registered seven sacks. However, he had a pair of devastating knee injuries that limited him after his all-rookie beginnings, and he was never able to fully recover.

Now John Bosa has a chance to watch his sons, Joey and Nick, live out their dreams on the football field. The Bosas are one of two families with three people selected in the first round – the other is later on this list – and the two younger Bosas certainly look to be mainstays in the league. Joey has 47.5 sacks in his first five seasons and is a three-time Pro Bowler in addition to being the 2016 Defensive Rookie of the Year. Nick had a knee injury in 2020, but was the 2019 Defensive Rookie of the Year and a Pro Bowler with nine sacks in his first year with the San Francisco 49ers.

For more than three decades, Bobby Bowden roamed the sidelines at Florida State and turned the Seminoles into a traditional powerhouse. He won at least 10 games every year between 1987 and 2000 with national championships in 1993 and 1999 during that stretch. His 377 career wins are the second most among FBS head coaches, and he’s an icon of the game for all of his success.

However, he also made history in 1999 when he faced off against his son, Tommy, in a game. Tommy Bowden was the head coach at Clemson, which was also in the ACC with Florida State, and the two teams battled every year for the nine seasons Tommy Bowden coached Clemson. That first matchup was the first time a father and son faced off as coaches with Bobby Bowden coming out with the upper hand, 5-4, on Tommy.

Bobby’s other son, Terry, also became a college football coach and he is currently coaching Louisiana- Monroe after stints at Auburn and Akron. All three Bowdens led teams to unbeaten seasons, but Bobby’s two national championships are the only two for the family. Tommy’s 1998 Tulane squad finished the season ranked seventh in the major polls and Terry’s 1993 Auburn team finished fourth in the polls because of sanctions on the program.

Jack Harbaugh isn’t as famous as his two sons, but the patriarch of the family still had a legendary career as a college football coach. He ended up with a 116-95-3 record as a head coach, riding off into the sunset after winning the 2002 FCS national championship at Western Kentucky. He came out of retirement twice to help his son, Jim, while he was coaching at the University of San Diego then at Stanford.

Jim is a controversial figure for his behavior along his coaching journey. He turned around the Stanford program before jumping to the NFL with the San Francisco 49ers. He went to the Super Bowl in 2012 – losing to his brother, John, and the Baltimore Ravens – but wore out his welcome and went back to college football as Michigan’s coach. While Jim has jumped around and worn out his welcome on several occasions, John has been consistent since becoming the Ravens’ coach in 2008. In addition to the Super Bowl victory, he’s led the Ravens to the playoffs nine times in 13 seasons in charge.

The other family to have three first-round draft picks? That would be the Mannings of course, who had sons Peyton and Eli both go No. 1 overall in their respective draft years, one spot higher than father, Archie, went in 1971. Archie Manning did not have much success, winning just 35 games 11 years with the New Orleans Saints. But his offspring have more than made up for the shortcomings in his career.

Peyton was elected into the Pro Football Hall of Fame this past February and is one of the best quarterbacks of all-time. He won two Super Bowls and retired with most of the NFL passing records – many of which have since been broken. Eli also won two Super Bowls and he was a very good NFL quarterback, though you can debate among yourselves if he belongs in the Hall of Fame. What can’t be debated is that perhaps no family is more celebrated at the quarterback position than the Mannings with a third generation – grandson Arch – on his way to NFL stardom as well. 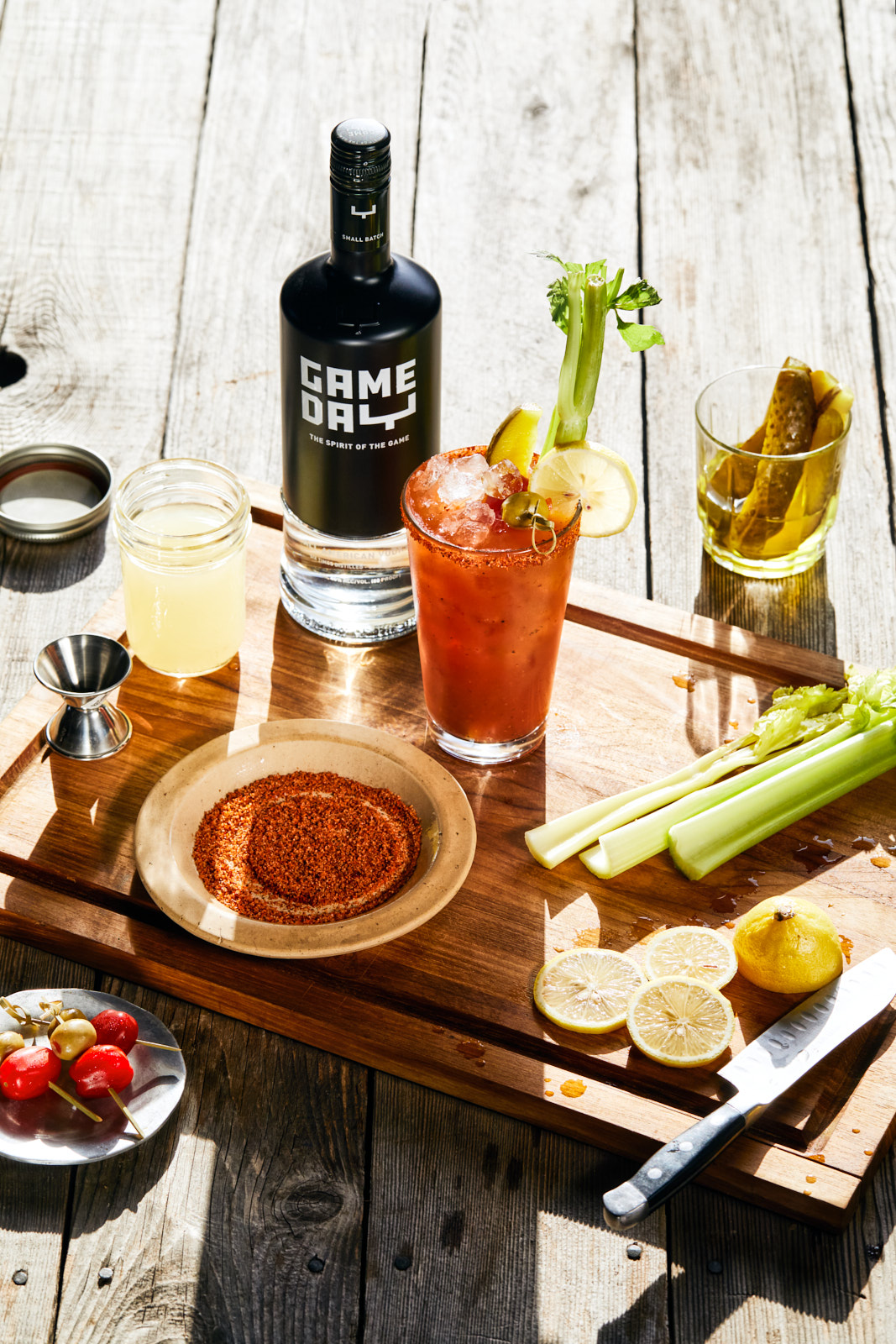 So whether your dad is an MVP on the field or a coach on the sidelines, make sure you make dad breakfast in bed with a GameDay Bloody Mary and talk about these epic football father-son duos and who you would take on in a flag football game.