In a few short days, Tulsa, Oklahoma will again be the center of the golfing world as the PGA Championship returns to Southern Hills. Which means you will need some inspiration for PGA Championship cocktails. This will be the fifth time the course has hosted the PGA Championship following 1970, 1982, 1994 and 2007, but it has also hosted a trio of U.S. Opens in 1958, 1977 and 2001.

Although the course doesn’t have the same awe factor as some of the more historic courses that host majors, there have been some iconic moments in the seven previous tournaments hosted at Southern Hills. As we highlight the history of the course, join us as we mix up some of the most popular vodka cocktails during that era.

The 1958 version of the national championship was one of those classic U.S. Opens where it was tough to score, and the leader was never under par at the end of a round. Tommy Bolt went wire-to-wire to win his only major with a four-shot victory over Gary Player at 3-over par. Perhaps most notable about this event was an 18-year-old named Jack Nicklaus making the cut for the first time in his second appearance in the U.S. Open.

Try this 1950s throwback, The Bullshot, and let us know how it compares to the Bloody Mary.

The first of the PGA Championships to be played at Southern Hills, there were plenty of lead changes in the 1970 tournament. Johnny Miller and Jack Nicklaus led the way after 18 holes before horrendous second rounds knocked both of them out of the picture and left Larry Hinson and Dave Stockton tied for the lead. Stockton battled intense heat in the third round to take a three-shot lead into Sunday then held off the late charge from Bob Murphy to claim the title at 1-under.

An iconic drink in the 70’s, The Harvey Wallbanger is the perfect pairing for this Cinderella Story.

The 1977 tournament was notable as the first-time TV coverage covered all 18 holes of the final round. Hubert Green was part of the six-way tie for the lead after the opening round then held the solo lead through the final three rounds for his first major victory. Yet the outcome was never in doubt as Green came down the back nine before a bogey on the 18th trimmed his margin to a single shot over Lou Graham at 2-under par.

What better way to honor the 1977 U.S. Open than with a recipe card collection from 1977? Introducing the Gypsy a vintage spin on a PGA Championship cocktail.

Raymond Floyd tied the lowest round in a major championship with a 63 in the opening round to hold a three-shot lead. The gap tightened to two after 36 holes before he pushed it out to five after three rounds. All Floyd needed to do was shoot an even-par 70 in the final round to claim the PGA Championship scoring record. However, he double-bogeyed the 72nd and final hole of the tournament to settle for a three-shot win instead.

The Sea Breeze is a refreshing cocktail to pair with this 100-degree day back in 1982.

There was no stopping Nick Price at Southern Hills in 1994 as he set the PGA Championship scoring record with an 11-under 269 for a six-stroke victory. Price led wire-to-wire, using a 65 in the second round to create some separation from the pack that he never relinquished. It was Price’s second consecutive victory in a major tournament and helped propel him to the No. 1 spot in the Official World Golf Ranking.

There was so much intrigue for the wrong reasons in the 2001 U.S. Open, which saw Tiger Woods’ streak of four straight major victories come to an end. Retief Goosen and Stewart Cink began the day tied at 5-under, making them the final pairing on the course. Mark Brooks was in the second-to-last pairing and headed to the 18th tee tied for the lead with Cink and Goosen, but carded a bogey on the final hole. Cink proceeded to miss a 20-inch putt that would have put him into a tie with Brooks. Goosen then missed a two-foot putt for the win, and ended up holding off Brooks for a two-shot win in the playoff after holding a five-shot lead after 12 holes.

Created in 1997, this Pineapple Martini is the perfect cocktail to pair with the sourness of Tiger Woods’ streak coming to an end.

Tiger Woods was a non-factor in the first round of the 2007 PGA Championship, sitting six shots off the lead. Yet he carded a 63 in the second round to blast into the lead by two shots despite having a birdie putt on the 18th lip out that would have given him the single-round scoring record. He didn’t pull away from the field over the weekend, but he did what he does best and slowly kept his rivals at bay for a 13th major title while leading after 54 holes.

The Red Bull Vodka trend in the 2000s is worthy of celebrating Tigers win back in 2007.

This year, while we wait for our release of Spiked, we recommend you pick up Owen’s Transfusion Mix, add some GameDay All American Vodka and enjoy while tuning in to the PGA Championship Thursday, May 19th. 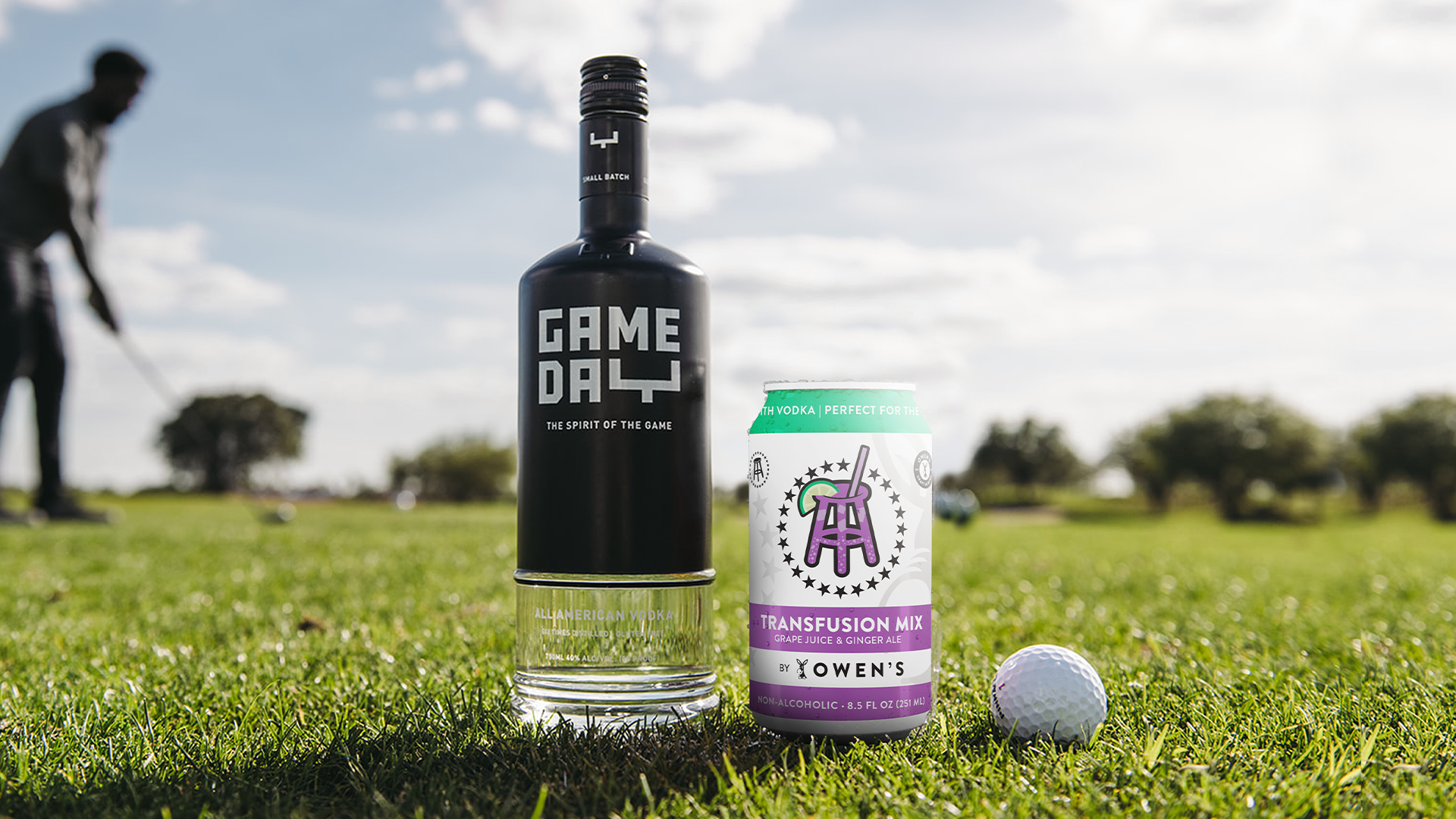